Hey loves, how are you? I apologize for the delay in episode 8, I had to sort out client’s orders, you know money must be made lol. Hope you enjoy this episode, leave a comment if you like it.

Are you new to this series? Where have you been? You’re welcome regardless! Join the family by clicking the links below.

Read  I’m In Love With A Married Man Episode 1

Read I’m In Love With A Married Man Episode 2

Read I’m In Love With A Married Man Episode 3

Read I’m In Love With A Married Man Episode 4

Read I’m In Love With A Married Man Episode 5

Read I’m In Love With A Married Man Episode 6

Read I’m In Love With A Married Man Episode 7

The sound of my alarm woke me up. It was 7:30am Sunday morning and I just wanted to go back to bed, I was having the dream of my life. In the dream, Tade did a surprise dinner for me, called my close friends and family, already got on one knee to propose to me before my phone started to buzz on my bed. I woke up smiling sheepishly and saying under my breath “today is gonna be a good day”.

Church service starts by 9am so I had to get up, deliberated a bit on what to wear and got ready for church. I turned on my cellular data to see messages on Whatsapp and Tade had already sent a good morning message.

Tade – Good morning beautiful, how are you?

Me – Good morning Tade, I’m good, just a bit tired, how are you?

Me – Yes, in a few. I just need to whisk myself out of this bed but it’s holding onto me tightly lol.

Tade – I want to hold onto you tightly as well.

Me – Lol it’s too early, plus it’s Sunday morning. Whole family is going to church?

Tade – Tim ba rest, bawo ni mo fe nowo fun ey? (If I rest, how am I supposed to spend money on you?)

Me – Lol it’s not about money.

Me – Hmm okay oh, enjoy your evening at the office.

Tade – I’d love to see you, come around.

Tade – You’re not thinking about anything, you’re going to show up, I know.

Me – Lol so full of yourself huh? Talk to you later, if I don’t get up now, no church for me.

I dragged myself out of the bed to bathe and dress up for church. I was too tired to look ghen ghen to church so I just wore a black bubu, sandals and purse. I pulled my hair up in a ponytail, did the quickest makeup I could do and dashed out of the house. It was almost 9am and church is within Magodo but some streets away. It is trek-able but I was running late so I took a shuttle.

Guess what the sermon in church was about? Fornication & Adultery. Lol I was shocked too trust me. My heart was skipping beats anyhow I wanted to choke. Each time Pastor said “fornication is a sin and so is adultery”, he looked at me in the eyes as though he knew I was getting frisky with a married man. The whole message made me so uncomfortable, it pierced through my soul. Pastor urged us all to say the sinner’s confession while holding hands. I held hands with my neighbors and said the sinner’s confession with tears in my eyes. I felt so remorseful, I felt disgusted with myself and I told God, NEVER AGAIN!

As I got home, I got a text from Tade asking how the service was and all my promises to myself flew out the window. I was so ashamed of myself lol, see the impact of man in my life. I told him service was great but I wanted to eat and sleep because I was really tired. He then said he’d call me when he’s around, I said sure and went to fix something to eat and in minutes I slept off. Sunday sleep is always the best.

I woke up 3:30pm, yawned and stretched for almost 10 minutes, I really needed a body massage or pampering. I checked my phone and I got messages from Ola. Apparently she had been on a man hunt for me since God knows when, same way Sade is looking for a job for me. She texted me saying there’s this man in her office that saw my picture and he will like to be my friend. She started gisting me about how well to do he is, how nice he is and all that good stuff. She even sent his pictures and Instagram handle so I could check him out. I laughed and thanked her, calling her messenger of love. She had already given him my number and she implored me to use my sexy voice when he calls me. Lol is it by sexy voice abeg?

In no time I really got a call from an unknown number oh. It was Ola’s friend. His name is Oluwagbemiga; Gbenga. We had a nice conversation that lasted ten minutes, he sounded good over the phone, at least the face matches the voice. We concluded by saying we needed to hang out one of these days and I was open to it. I can’t sha put all my eggs inside married man basket, can I?

I then got a call from Tade saying he was on his way to the office and he will text me when he’s inside, I said “no problem, see you in a bit”. I took a shower and contemplated on what to wear. I thought to myself: if I wear a short dress, my legs will be exposed and that’s easy access, he’d play with my thighs. If I wear jeans, he won’t be able to play with my thighs. I opted for a short sleelevess shift dress because wink wink.

I trekked to his office because it’s literally down the road and the weather was cool so why not? When I got to the office building, I called him to say I was outside and he came out to lead me in. It’s a house turned to an office, so it still looks and feels cozy. It’s also hi-tech because of the security doors; having to flash a card to open the doors, I liked that.

His office has transparent frosted glass doors so you can see an image of anyone walking to the office. It’s also a big space (which would’ve been the master bedroom considering it was a house turned office), with his desk placed further into the room so it’s like a runway from the door to his desk lol. It also has big windows to your left once you enter so he can stand to see clients entering into the office. Also it’s in an estate so you get to see other residential houses. He also has one sofa and three arm chairs in the heart of the office with a big flat screen beside the door, facing his desk.

He led me into his office saying “welcome ma”. I walked around, admiring his “personal space”, looking for a picture or two of his family but none was in sight. Maybe he removed them so I wouldn’t feel uncomfortable? Hmm. He went to his desk, opened his laptop and continued his work. I went to his desk and sat on it, close to his laptop, facing him, legs crossed.

He looked up with a raised eyebrow and smirk, looking at me from top to bottom while licking his lips. I felt uncomfortable once more, who sent me to sit on his desk ehn? He made a gesture with his hand to come sit on his thighs which I adhered to like a baby. As I sat on his thigh, I felt something poke my left thigh but I brushed it off as maybe his wallet or phone but his wallet was on the desk, so were his phones.

The way I was seated on his thigh, when I turn left, I faced him, when I turn right, I faced his laptop on the desk. I felt comfortable on him and uncomfortable at the same time with whatever was poking my left thigh. He was working on a presentation he had to deliver tomorrow and was also sorting properties to show Aunt Tolu tomorrow; Monday. I turned to look at him and asked if I wasn’t distracting him and he looked at me, paused for a second and said “you’re the right amount of distraction I need right now Ona”.

I got turned on by what he said but I looked away immediately so he wouldn’t tell but Tade knows me, he understands my body and my reflexes, I just deceive myself everytime thinking I could be a step ahead of him. I fixed my gaze on his laptop but I wasn’t looking at the laptop, my mind had wandered a bit.

As I wanted to say something to ease the tension he kissed the lobe of my left ear. I can’t explain what I felt but I moaned a bit and wanted to tilt my head away but he placed a firm grip on my waist and pulled me closer to him, licking and sucking the lobe of my ear. I couldn’t resist anymore so I turned to him and kissed him, biting his lower lip and sucking on it simultaneously.

While kissing him, I stood up and he followed me, using one hand to clear a side of his desk and the other on my right bum, squeezing it. He placed me on the desk, looked at me for a second and I felt his eyes ripping my dress off my body and he said “I want to strip you naked right now”. I had goosebumps all over my arms and he saw them, caressed my arms and kissed my neck. He kissed my neck slowly as though he knew the effect it had on me, how I love slow kisses, I was swallowing my moans, trying now to let it out then he slid his hand into my dress, using the tip of his fingers to tease the side of my thighs, I couldn’t hold the moans and I let it out. He looked at me and said “don’t ever swallow your moans, I love how you moan”, I nodded.

Right now one hand was placed on my waist and the other was about undoing my zipper when we heard a knock on his door, my heart was in my mouth.

Read  I’m In Love With A Married Man Episode 1

Read I’m In Love With A Married Man Episode 2

Read I’m In Love With A Married Man Episode 3

Read I’m In Love With A Married Man Episode 4

Read I’m In Love With A Married Man Episode 5

Read I’m In Love With A Married Man Episode 6

Read I’m In Love With A Married Man Episode 7

Keep in touch, follow me on my other social media accounts:

23 thoughts on “Episode 8: Hitting The Right Spots | I’m In Love With A Married Man.” 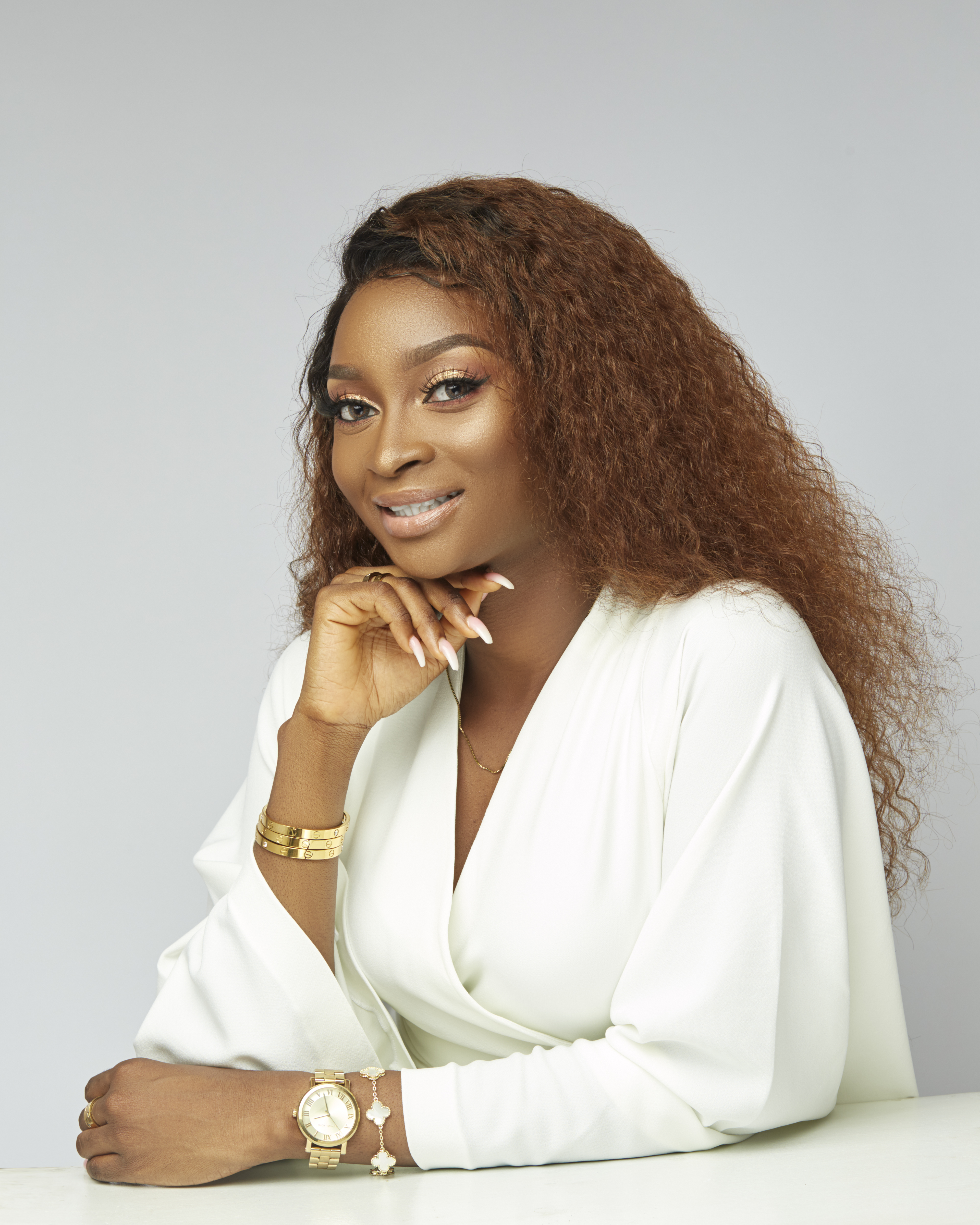 Catch Up On Some Recent Posts

I haven’t cooked in a year but I had to because of this lockdown. My favorite thing to do is cook and store in 3 - 4 take away packs so I can reheat whenever I’m hungry. I still believe cooking is the absolute ghetto and I can’t wait to get an in-house chef soon. Stay safe everyone! 💛 #eeeeats #eeeeats #food #eforiro #soup #vegetablesoup #lagosfoodie #foodblogger